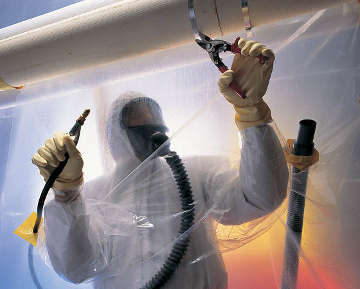 The Virginia Department of Labor and Industry (DOLI)

With significant scientific health reports released in 1991, DOLI introduced the asbestos notification and permit program in 1992. The various laws associated are enforced through three organizations (VOSH, NESHAPS and the Labor Laws of Virginia).

Why Were The Laws Not In Place Sooner

It’s not exactly known why Governments do or do not do things, but the dramatic findings released in 1991 and the public fear to follow triggered governing agencies to put in place regulations right away. Previously there had been research released that signified asbestos dangers, but ultimately who are we to understand Governments.

Do I Have To Have Asbestos Removed

In short, no you do not. If your house is in good condition and material-containing asbestos is not damaged, deteriorated or exposed you can live life as you were before you became aware of asbestos. If you are going to have asbestos removed, you are not legally allowed to go through with the removal yourself – nor would you want to. You must choose a DOLI licensed to complete asbestos remediation in Northern Virginia.

What Do I Have To Tell The Regulators

DOLI has various laws in place that are confusing when you take a first look at them. If the asbestos is only a small spot, you probably will not need to tell the Government however the licensed agency you choose will be able to give you all the information you need and can fill out the paperwork as required.

Asbestos remediation in Northern Virginia evolved rapidly in 1991 once the scientific reports were released about the potential deadly characteristics of asbestos were released. While the initial public fear has now subdued, the continued governance of asbestos removal and consumption is expected to cost Governments across the United States billions each year.

The attic looks great. Again, thank you for your rapid response, great job and going the extra mile.

The job was to remove all the old rock-wool insulation and 60-years of dust, bird droppings, and dirt from the attic so that new fiber glass insulation could be installed. Dan's team of workers did a super job in cleaning the attic of all this stuff. I could find nothing remaining between the joist or in corners of the attic. It was so clean that you could have food served on the floor in the attic. They were on-time, completed the work as scheduled, and the work team was professional, organized, and experienced. Highly recommend Envirotex.